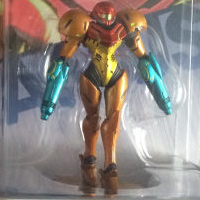 Favourite move in the game I'd like to thank all my adoring fans who got me to where I am today. I would be nothing without them. You're all beautiful. I almost feel unworthy of this level of success.

I can't count but I think that's 26 votes which I'm pretty sure is a bigger number than 20. Tila - Unclear if he cleared his name as being a fraud, because whilst he beat Zowayix's Mewtwo in bracket, he lost to his Ganon several times in friendlies. He did not challenge Zowayix to a pizza match.

Elamari - Looks like he didn't get 8th place, and got 13th place instead. Zowayix failed as a coach.

Zowayix - Whilst he brought a water bottle and ate a *fulfilling* breakfast, did not achieve the get a good sleep part whatsoever. As such, got shite results. Fuck 2 stock. I blame 2 stock. Nobody requested the free hugs, but some got them anyway.

Ember - Got tied for last place, whoops. Probably won't lose too much Elo because of your opponents, dunno. I'm not yet aware how your pool was.

Pros:
- Had fun
- Got there on time
- Managed to bring a setup and Elamari had a setupless monitor, dat team synergy
- Duck Hunt was banned so I didn't have to strike it
- Met Saucydancer-senpai
- Got to play against Saucy-senpai by virtue of being in his pool
- Got Saucy-senpai's autograph
- Hugged Saucy-senpai
- Successfully used the telling opponent "I'm going to pick rock" and then picking scissors mindgame
- Had some great friendlies where it was discovered that 1-stock random customs on walljump practice custom stage is the best metagame
- Got a Ganoncide in tournament (I think)

Cons:
- Holy shit the fucking weather at lunchtime, what was up with that fucking wind?
- Didn't money match anyone
- Didn't gentleman's rule pingas stage
- Didn't gentleman's rule random customs (what the hell Tila why would you not accept, I thought we were bros)
- Didn't face Zac in bracket and he would have gentleman's ruled random customs if I did
- Fuck 2 stock
- Did not sleep well last night or at all the night before, which adversely impacted my gameplay
- I wasn't really feeling Mewtwo today, which may have something to do with the sleep, but it didn't occur to me that the 2 sets I used Ganon were the ones I won and all the other ones I lost and I picked Mewtwo, maybe that should have told me something but eh. Maybe Mewtwo just requires more sleep to work effectively, but... hmm.
- Elawayix team got bodied in doubles, I'm not salty and I didn't expect two players with miniscule doubles experience would win anything on their first day of doubles, but it's not exactly a pro so it goes in this section
- Fuck this fucking two stock bullshit fuck BAM and fuck people who want to practice for it, fuck it's the worst fucking format I was so fucking close to winning some games and sets but fucking two stock fucking held me back and fuck what is this shit. You won't let people upload low tier tournaments because the ruleset's too much different but presumably uploading two stock events which are going to fuck my Elo in the arse are okay? Fucking fuckety fuck fucks.
- Pretty much all of my hype predictions are wrong
- Amateur bracket was a bit weird in the afternoon because of some last-minute adjustments that had to be made
- Forgot to ask Saucy for advice after the set fuck fuck fuck I should probably try and do that retroactively now

141+ tourneys
Wii U: LordDesu
3DS: 2509-1684-0039
However, you may be wondering: What about the non-notable players? Well here I am to fill that gap, and let you know about some of those names that you have no reason to have heard of, unless you are those people themselves. And you're going to see these names, and _not_ think "Aw shit yo! That guy! I'm gonna come to CS13 because they are".

Tila - Ranked #1 on the "Good Attitude" PR, this Pacman player will show you how to get to the ANU bus stop and how to get to the venue from there if it's your first time. He's achieved some good results, managing to take 8th place in pro bracket at CS12 which makes him a pro who will be #8 on the upcoming ACT PR because that's how it works. However he has suffered some disappointing losses lately, such as losing to Zowayix's Ganondorf at Rise of the ACT #4 (who loses to Ganondorf? Come on dude, you must be some kind of fraud). Could this be his chance to take back what reputation as a good player he might have had, or whatever? Is he going to salty suite Zowayix for a pizza?

Zowayix - Elamari's doubles partner, this occasional cosplayer (not this time, sorry) was thought to be the most exciting player to watch based on his Mewtwo vids getting lots of views on the ACT Smash YouTube channel, but then it turned out it was because he posted them on /r/crazyhand to get advice. Somehow he managed to get good results like 3rd place in CS12 amateurs, and 4th place at that one low tier tournament the other day that QLDSmash won't let Pazx upload or something apparently (with his Ganondorf secondary which isn't even that good and how the hell does an allegedly pro player like Tila lose to it?). Maybe this time he'll actually sleep properly, eat a good breakfast, bring a water bottle, or otherwise run out of excuses for being shit.

Also for those of you who missed the Twitter post, he will give free hugs upon request to any CS13 entrant. Isn't that a nice bonus?

Joey - #2 on the Good Attitude PR or maybe we changed our minds and he ended up being #1 instead of Tila. I forgot. Anyway, this Little Mac player is too nice to make it out of pools even though he could, because it means he wouldn't stick around in amateurs to give people advice whilst he's playing against them. I hope that's not against some kind of coaching rule. Anyway, he's actually pretty good, he got 1st at CS12 amateurs. So that's pretty sweet.

Ember - This Corrin player is probably the only one in the ACT who bothers maining Corrin, or maybe there's someone else, but who cares. She's better than she looks, managing to get not last place at Rota3 and Rota4, and she seems alright in friendlies/Thursday meets I guess. CS13 is her first 'proper' tournament, where she will hopefully continue her not losing streak, and maybe gain a bit of Elo in the process.

Could there be more coming as well? Well, yeah, I'd imagine so, but I don't specifically know that they're coming or not, and I'd look dumb if it turned out they weren't and I listed them here, so I refrained from making those kinds of assumptions. Anyway, I'm pretty sure these ones are at least. 04/30/2016 04:48:07