Felt like doing a big write up for many of the players to look out for that will likely be attending SA's SXC Major. Feel free to point out any threats I have left off as my knowledge of interstate players is limited beyond those who have played in interstate competition.

53+ tourneys
shoutouts to bijou for getting every top 8 player in his analysis!

Did an updated version of Bijou's post, the VIC section was the easiest to do.

Considered the best Rosalina in Australia by many and one of Queensland’s top players he is expected to go deep in this major. Has not travelled interstate for a tournament to my knowledge so it will be interesting to see where he stands. The only one in his home state that can touch him is Jezmo.

A favourite for many to win the entire tournament; considered to be the best player in the whole country right now by some (although it is hard to say how good he really is due to not leaving QLD yet). His skill at the game is incredible high and he can pick up pretty much any character in the roster and be tough with them. Diddy is probably his ‘best’ character, but can change to any other and be just as devastating.

Has a very good track record in previous major events. Her Zero Suit is one of the most dangerous in the country and also has a good Roslina to fall back on if she needs a match up change. Her performance in Perth was especially good; however she did end up with an amazing bracket run after some other top threats got knocked out in upsets. If things fall her way she can easily take this event.

Hands down the best Palutena in Australia, though can swap to Sonic if he needs to. For those who don’t have a lot of Palutena experience he will be an extremely tough opponent, but even for those who know how to play him he is still very solid.

Had a fantastic run during BAM, providing one of the most exciting Smash 4 grand final matches ever against V. Many would consider him to be the best Fox main in Australia. Will be a big threat if he comes psyched up.

Unconfirmed if he will be attending or not, but if he does he will be a red hot favourite to go all the way and win a trip to compete in the USA. Considered one of the top players in the country, he is an absolute beast at the game and the best Wii Fit Trainer in Australia if not the world.

One of the players that SA are counting on to get a result for them in their own state. Has vastly improved since his BAM performance and has been dominating the SA scene for the last 6 months. Could be a contender to take out 1st place especially with a home ground advantage.

Hyped early as a strong player of note after his performance during Miles Warehouse 2, he has remained a very solid player going forward and is considered one of the best Yoshi players in Australia. Would have likely been dominating his scene if not for Ghostbone who seems to have his measure for now. With so many strong players entering this tournament he may escape from Ghostbone’s hold and run rampant against the interstate threats coming in. Can potentially win the whole tournament if things fall into place for him.

26+ tourneys
Wii U: Swordsaintscott
I don't see a lot of sxc discussion anywhere

Summoner said:
the VIC section was the easiest to do. 53+ tourneys
Highlights of sxc for a stream viewer:

- Second shoutout to jezmo sportsmanship because it was that great to see. pls sign my controller

- Watching Nikes doing his thing on stream was siiiiiick. those egg lay downb were suuuuper sick

- Flex bracket run was really amazing and probably the best unexpected run of the event?

- Shitashi Megaman for teaching me leaf shield does stuff

- Invisi vs Ignis for biggest surprise moment of pools.

- Kaiza for doing all the stream shit all weekend and general sxc organising. He's an ok dude I guess.

- Others if/when i think of them

Ghost and Nikes for carrying SA with your incredible performances

Sans for teaming with me in doubles and also not drowning in pools like the rest of us busters. We got so so close to taking a game off Atyeo + Wave

M, Randy and Kira for the games and your time helping me play my characters and a few match ups better 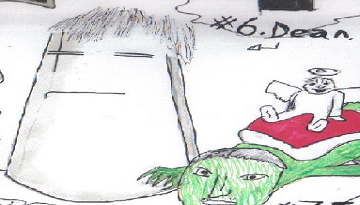