DISCLAIMER; To see the above picture, right-click it and open in another window.

Inspired by the recent undertaking of Smash-inspired Mafia games, I have (attempted to) create a game that is completely different and new, but also heavily Smash related. It can be thought of as a restricted Online Tournament, with lots of silly rules.

The aim of the game is to move your "Token" Character to the center, and this is done by defeating the other players in Online Smash battles. There are two types of Battles, Single Battles, which are 3-stock 1v1 matches on the stage that you have advanced to, and Best Man Wins. In both cases Gentlemen's to Omega form can be done on the stage you have moved to, as well as gentlemens to another stage, but that would be destroying the fun (and countless hours i spent in paint) that I created with the above picture. The Single Battle, reached by advancing on a Gold or Blue pathway, is not a 'best of #'. You get one match, and if you lose your out. Which also means counter-picking sucks and people who use it are butts. These sorts of matches occur when 2 players advance to one stage. The rules are 3 stock or 2 stock, your choice, and whatever else really.

If you have the opportunity of having 3 players advance to a stage, there will be a Best Man Wins. This will simply have the three of you playing each other over 3 matches, and if one player clearly rises above the rest, that is wins all of his/her matches, then they move forward and the other two are out. If there is a three-way tie, (I can't think of a better way to resolve this other than to) have a 1v1v1 match, and the winner of this will move on as the victorious and the losers are out.

First in, First Served with the positions on the map, and certain pathways to victory are easier than others. The characters are where you can start at, but if you would like to join, you can change the token of your Character by using the following Prompt; (Token Character, Character to change to, # of Costume, My name). For example if I wanted to start at the Lucario Token, but change the character to Mario with his American skin, I would use the Prompt; (Lucario, Mario, 7, aceMEME).

There is no dead-line for when you need to have your match by, because this is FOR FUN. I won't be using any online tourney sites as all matches will be recorded visually on the above image

This is my first time being an organizer of any sort, so I'm sorry if this is bad. Also the quality of the image above is poor, so you might wanna like copy it and take a closer look.

When you enter, the space you have chosen will change to your character, and it will get a Red Banner, to show that it's you

You can choose any position on the board, and then change the character to the robin skin you like. Depending on where you choose will affect which stages you will play on. 03/09/2016 11:50:10
yarbsarb

Deez said:
Sign me up I WILL B (LUCARIO)

Thanks guys, unfortunately both your characters haven't had their skins made by the talented artist who made these sprites, sorry about that. 03/15/2016 06:53:07
Wooy

Thanks guys, unfortunately both your characters haven't had their skins made by the talented artist who mad these sprites, sorry about that.

aceMEME said:
No of course not bro, the token is just meant to represent you.

aceMEME said:
so yeah, this tourney can't run with 7 people i dunno, this will be my last post if we don't get more entrants :) 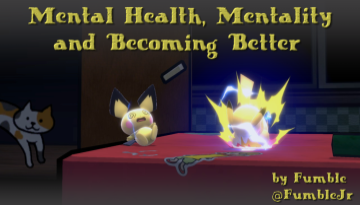 By Fumble - 7/11/2021 How to improve at the mental game few people talk about: Self versus self.
Read article 0 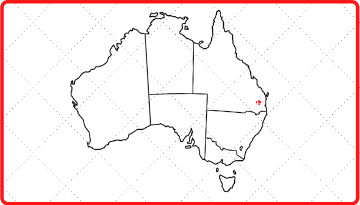 By Smasio - 16/07/2021 Toowoomba's Growth Against The Odds is an article showcasing Toowoomba talent, and how we got to where we are today, even despite the odds.
Read article 0
Forum RulesCode of conduct